so i got a phone “recently” — the blackberry tour, which is a really slick phone… it’s my first blackberry so i really don’t have much to measure it with, but i really like the interface, speed, and size of it. i guess i can save a review for the tour for another post… 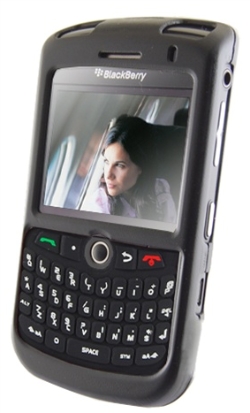 at first, i liked the idea that it had a keyboard cover — so as not to mess up the keys with my greasy fingers or spilled coffee (i spill coffee a lot)… but as you continue, you’ll see that it’s not all that it’s cracked up to be (ooh… a teaser!)

the case itself is really nice — doesn’t add too much bulk and has a good feel to it (not rubberized so it’s not tough getting outta your pocket).

there’s a plastic cover over the screen, which is necessary for me (read greasiness above) — tho the screen doesn’t really have contact with the plastic guard so some lint can get trapped in there, forcing you to take the case off and wipe clean… but that’s minor

now on to the keyboard cover… when you first get the case and put it on… it’s AWESOME. a really good fit over the keyboard and actually helps you type FASTER. the keyboard on the tour has weirdly angled keys which takes some getting used to.

the cover doesn’t allow much light from the keyboard to shine through so if you suck at typing and don’t know where letters are, it might take you a while in low-lit areas.

ok… so… the cons with the keyboard cover is that it WILL bubble in the middle… and really bad too… it just stretches out and you can’t do much to fix that.

this makes it REALLY tough to type on the keyboard and it just plain looks crappy!

so i thought… maybe it’s just a defective case — so i rma‘d it and they were really helpful with sending me a new one. seidio, tho, didn’t tell me where to send the defective one so after a few weeks of no response, i have two now.

and guess what, the new one they sent bubbled like the other one… frustrated that i spent $35 on a case, i decided to cut my losses and cut out the keyboard cover… had to…

but you know what? i like it more than ever now.

seidio needs to find a better material for that keyboard case so it doesn’t bubble up — or do better tests on their products cuz it didn’t take too long for me to get the bubble effect.